The Capital City Condors are a family of ice hockey teams for those who are unable to play on any other hockey team due to a cognitive and/or physical disability. Players are ages 6 and up, of all ability levels and are each given a high degree of personal care and attention by the Condors on-ice coaches. Coaches work hard to meet the needs of all players whether they are learning to skate, or ready for more advanced techniques. Some players even receive one-on-one attention throughout each session. A practice consists of on-ice warm-ups and drills, followed by an inter-squad game. Often, we are able to host “Friendship Games” with other local hockey teams and those games are especially fun for everyone!

Fun, love of the game, acceptance, social skills, hockey and skating skill development, sportsmanship and teamwork are highly valued and emphasized. Youth of ALL hockey abilities are welcome – the ability to skate at the beginning of the season is not a requirement for registration! The program is a highly rewarding experience for the players, parents and volunteers as children, youth, and young adults who once only dreamed of playing on a hockey team see their dreams come true and their abilities progress. 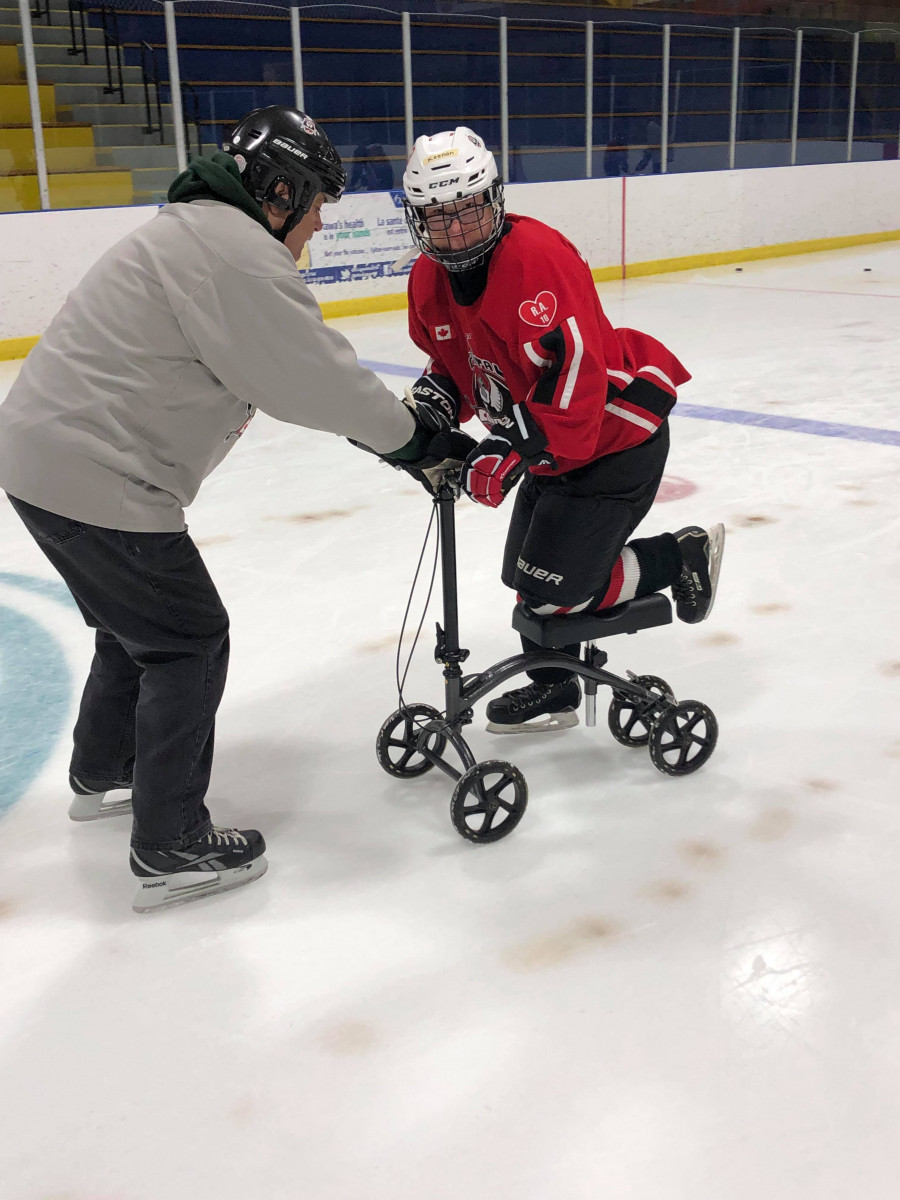 The Condors are thrilled to have been able to establish teams in Kanata, ON, Gloucester, ON, and THE BLADES in Cambridge, ON! We look forward to helping other communities establish special hockey teams too! The Condors are extremely grateful to all the wonderful volunteers and staff who work very hard to provide a quality hockey experience for these special athletes. All volunteers and staff who work directly with the Condors players are required to undergo a mandatory vulnerable persons police check. Parents are not permitted on-ice with their child, but can volunteer off-ice or for another Condors team if they wish. 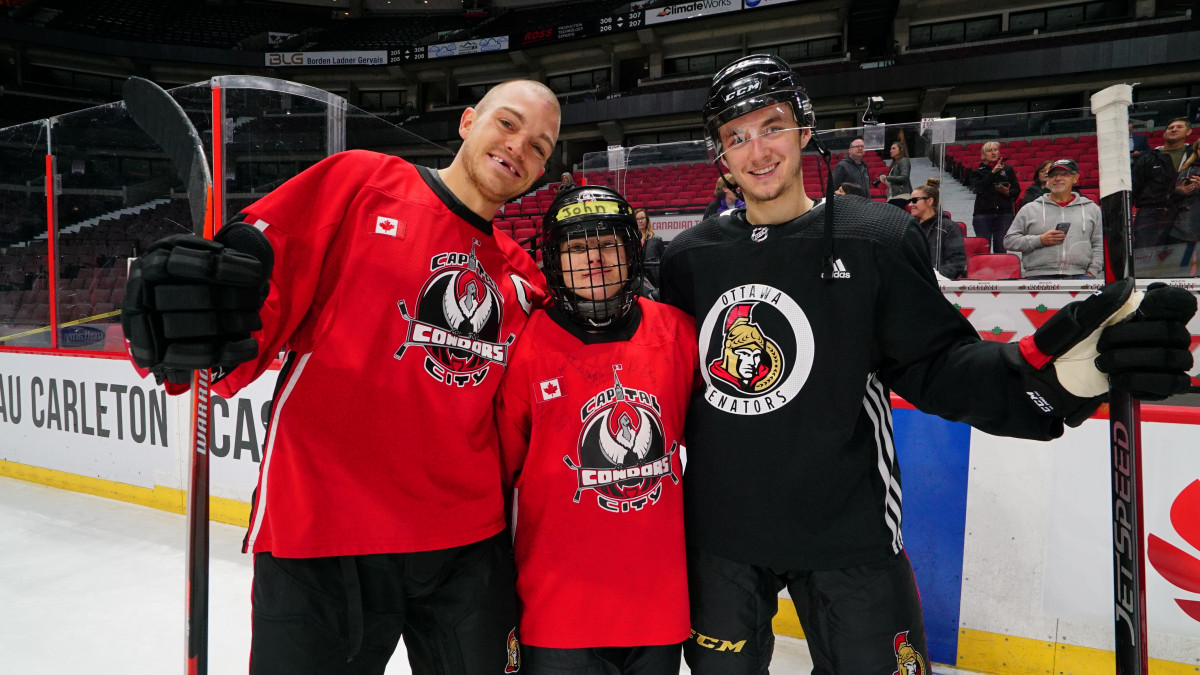 The Condors have been extremely fortunate to have the incredible support of several NHL players over the years, including our first Honorary Captain, Matt Carkner, of the New York Islanders (formerly of the Ottawa Senators)! Matt and Kary were and continue to be extremely generous and supportive to the team and were a crucial part in establishing a presence for us in the City of Ottawa. When Matt realized he would be moving to Long Island, he wanted to make sure that the Condors would be left in good hands and selected teammate Kyle Turris to take his place as our new Honorary Captain! Kyle and his wife, Julie, became full-fledged members of the Condors family, supporting the team for just over 6 years. They continue to have a wonderful on-going relationship with the Condors even now that they are with a new team down in Nashville, TN! When Kyle and Julie learned they were being traded, they too wanted to make sure that Condors were being cared for by the very best and chose Ottawa Senator Defenceman Mark Borowiecki and his wife Tara to become our newest Honorary Captains! Mark and Tara have jumped in with both feet and we couldn’t be more grateful to them and the Turrises for their generosity, love and support!

The Condors also were honoured to have the support of other NHL and AHL players and their wives over the years such as Patrick & Kresson Wiercioch, Eric & Ryan Condra, and Brian & Pam Helmer.

Condors Nation continues to be amazed by the generous efforts of all these folks on behalf of our team! The Condors are incredibly grateful to Matt and Kary, Kyle and Julie, Mark and Tara, Patrick and Kresson, Eric and Ryan, Brian and Pam for all the time and support they give to the Condors players and their families! The Capital City Condors hockey club is a proud member of  The Canadian Adapted Hockey Alliance/Alliance Candienne de Hockey Adapté: a collective of fully inclusive adapted hockey teams working together that any individual who might not otherwise have the chance, is provided the opportunity to play Canada’s game and see their hockey dreams come true!

Funding for the Condors hockey program is provided through registration fees, fundraising and donations from individuals and our generous sponsors. For more information, please see our FAQ and Contact Us if you still have questions.